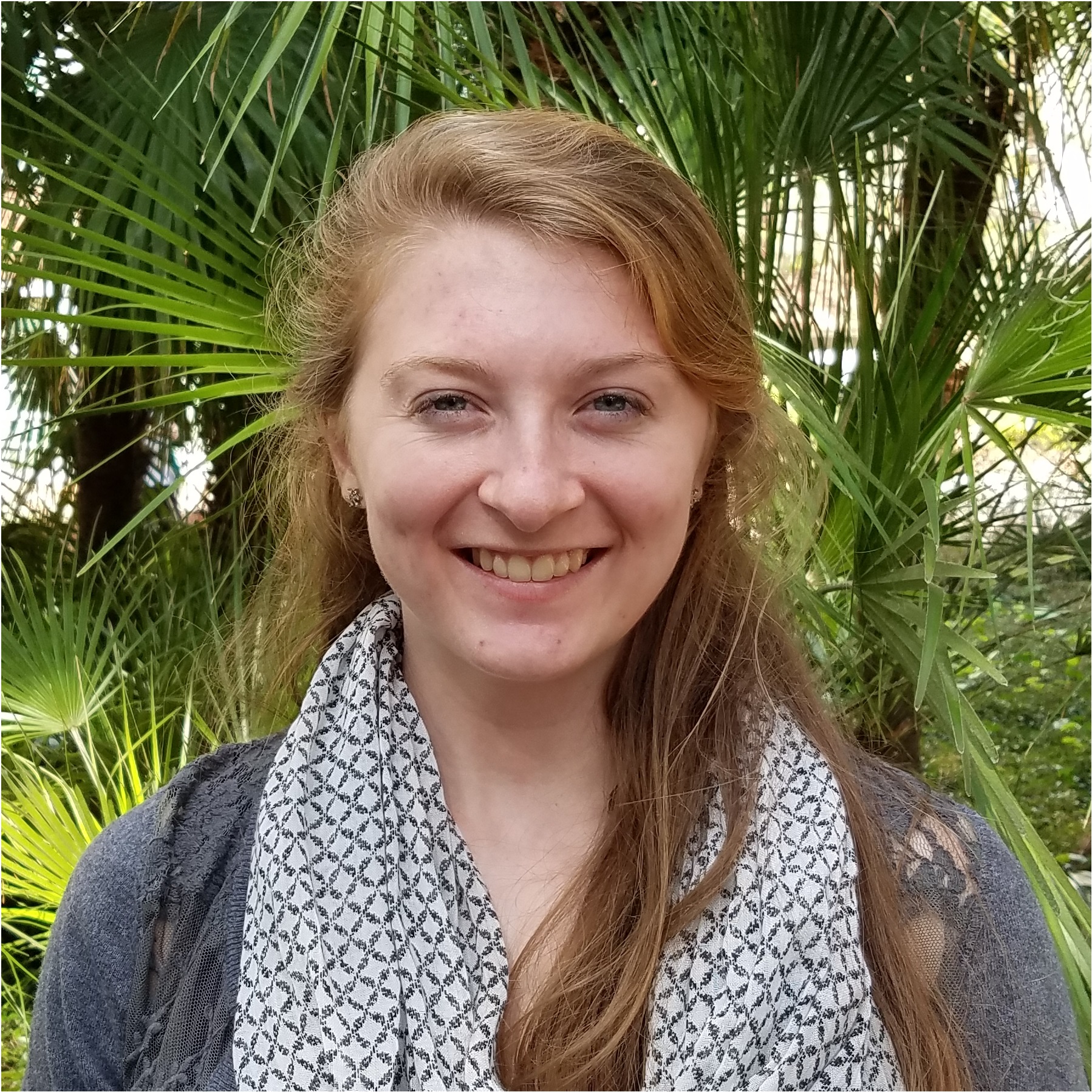 Brooke Barnes began her graduate studies in Organic Chemistry/Polymers in 2015, working with Prof. Daniel Savin. Her research focuses on the use of stimuli responsive polypeptide-based block copolymers to form single layered vesicles in solution. This project incorporates many features of both polymer and physical chemistry, and the opportunity to gain a deeper understanding of physical chemistry is very rewarding. Thus far, one of her favorite aspects of graduate school includes teaching in the Organic Teaching labs. In the teaching lab, Brooke has been known for her enthusiasm for chemistry, and the excitement really makes a difference to the students. Her enthusiasm is sparked further when she sees the student’s light bulb “click” during an experiment. Outside of lab, she prefers to spend her time outdoors, soaking up the natural sunlight and beauty that Florida has to offer. You can often find her hiking around town or canoeing the Santa Fe River when the weather is nice. 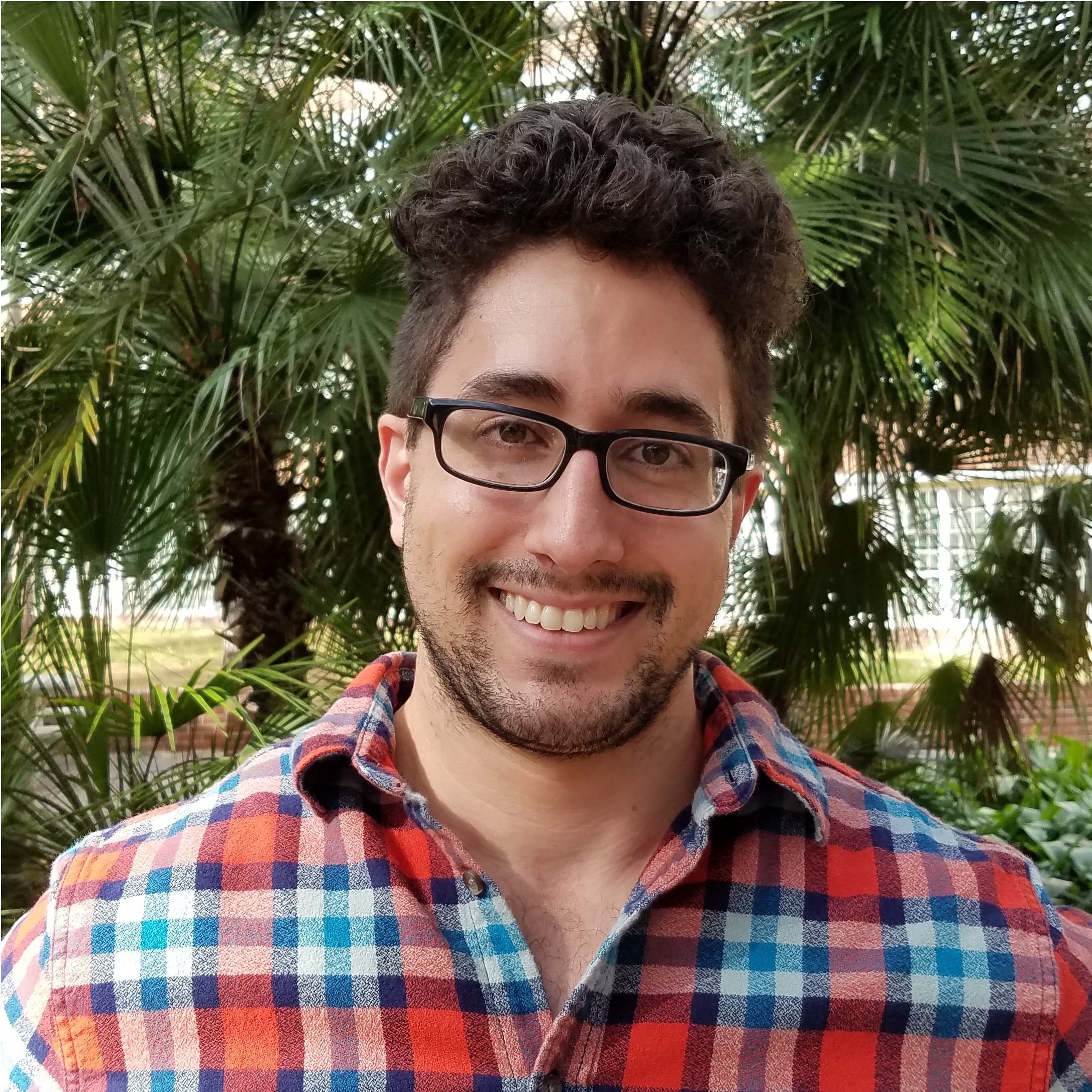 Steven has returned to school to pursue graduate education at the University of Florida. As an undergraduate, he researched the design of new water soluble lithium ion sensors under Dr. Nate Hnatiuk. Also during this time, he became heavily involved in the tutoring department, where he fell in love with teaching chemistry. Immediately upon graduating, Steven relocated to China, where he took a job as a middle school English and high school chemistry teacher. In addition to having adventures and making memories, Steven helped develop several new curricula sets. Returning to the states to further his teaching qualifications, he currently is studying interface mediated effects in mesoscale coordination polymers under Dr. Daniel Talham. In addition to his current PhD thesis work, he is also earning a Master of Science in Teaching Chemistry. While not working, Steven enjoys playing overly complicated strategy games, cooking foreign food, and spending time with his wife. 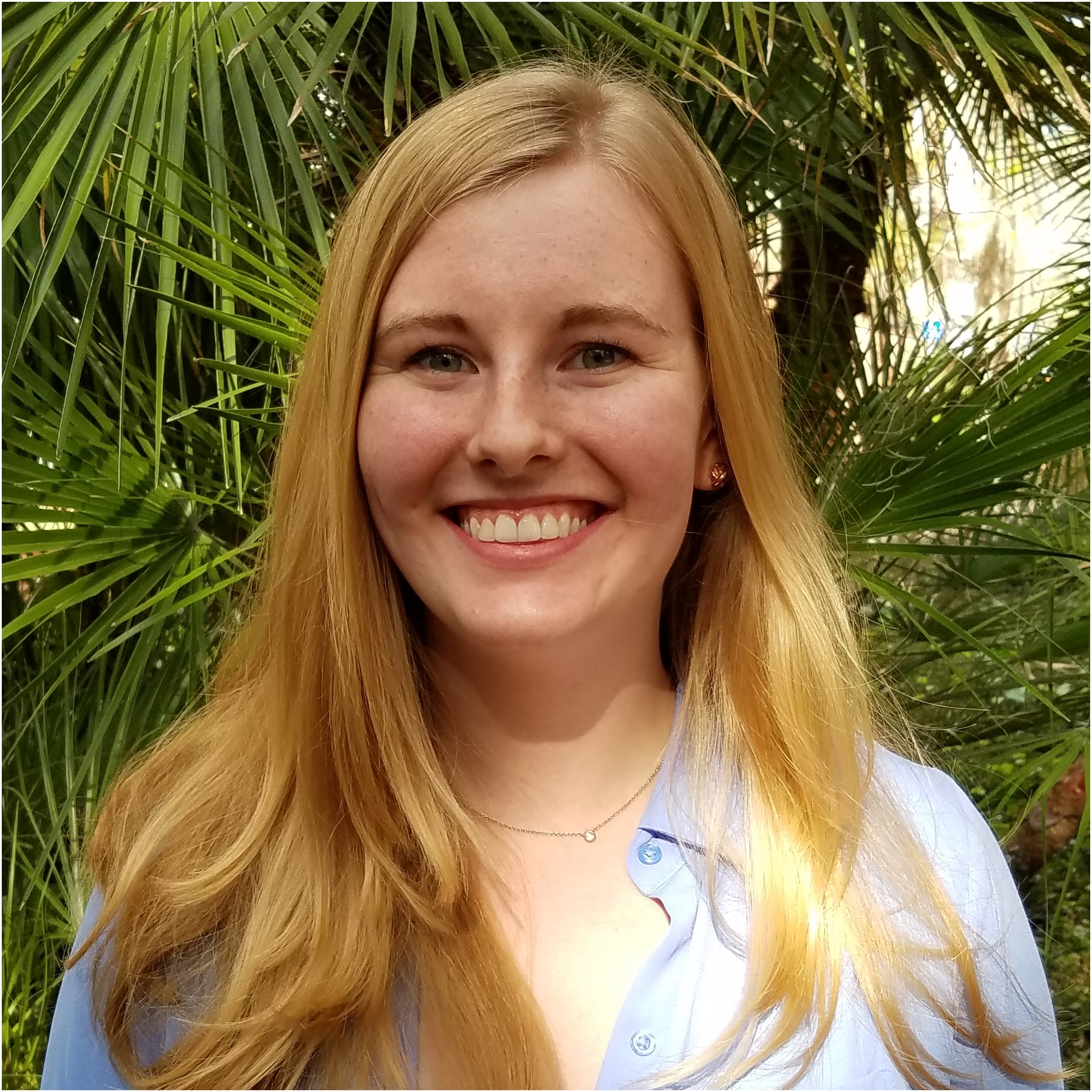 Rebecca Olson is a graduate student studying Organic Chemistry in the Sumerlin research group at the University of Florida. For her undergraduate research, she worked with Prof. Stuart Rowan on isolating and functionalizing cellulose nanocrystals for use in multi-stimuli responsive gels and other polymeric materials. This research helped foster her love for chemistry on the nanoscale. Rebecca has extensive experience planning and coordinating both large and small events, ranging from campus wide concerts through the University Programming Board and a formal dinner for 200 people to a picnic for around 30 people through the organization Case Acts of Random Kindness. In her free time, she enjoys cooking, traveling, yoga, and reading. She would describe her pH as roughly 10, but it can increase to 12 during pumpkin spice latte season. 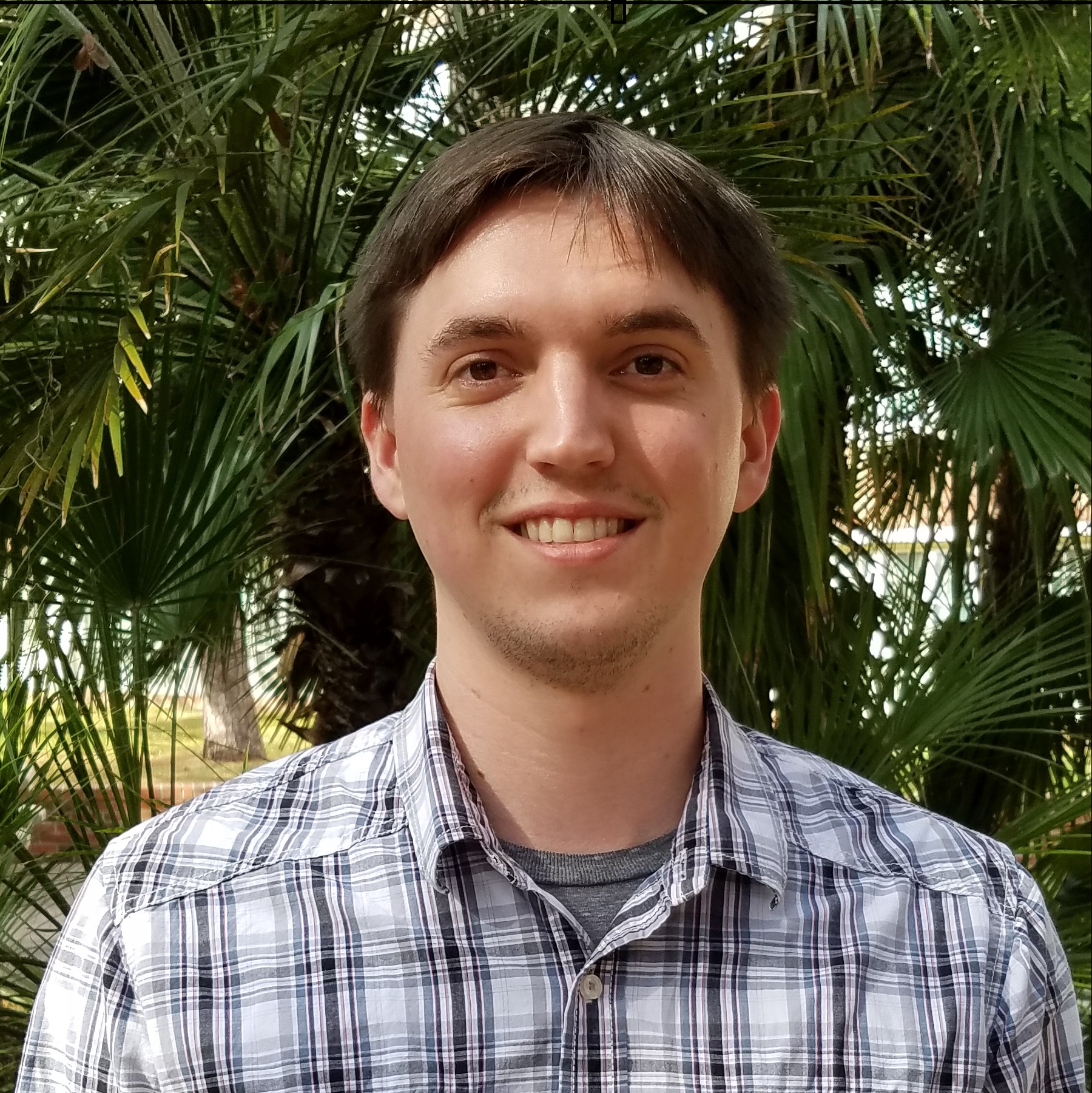 Nathaniel Richey joined the Department of Chemistry at the University of Florida in the fall of 2013. Since then, he has worked with Prof. McElwee-White on the synthesis of single source precursors for the deposition of various metal and semiconductor thin films. As an undergraduate, he worked with Professor Jeffrey Pyun at the University of Arizona, where he worked on the synthesis and polymerization of complex nanostructures to form colloidal polymers. One of his favorite aspects of his graduate career so far has been mentoring younger students, particularly when working in a research lab. So far, he has mentored several graduate students, undergraduates, and a local high school student in the McElwee-White lab. He also works as the head teaching assistant for first semester general chemistry labs. In his spare time, he enjoys reading science fiction novels and playing board games with friends. 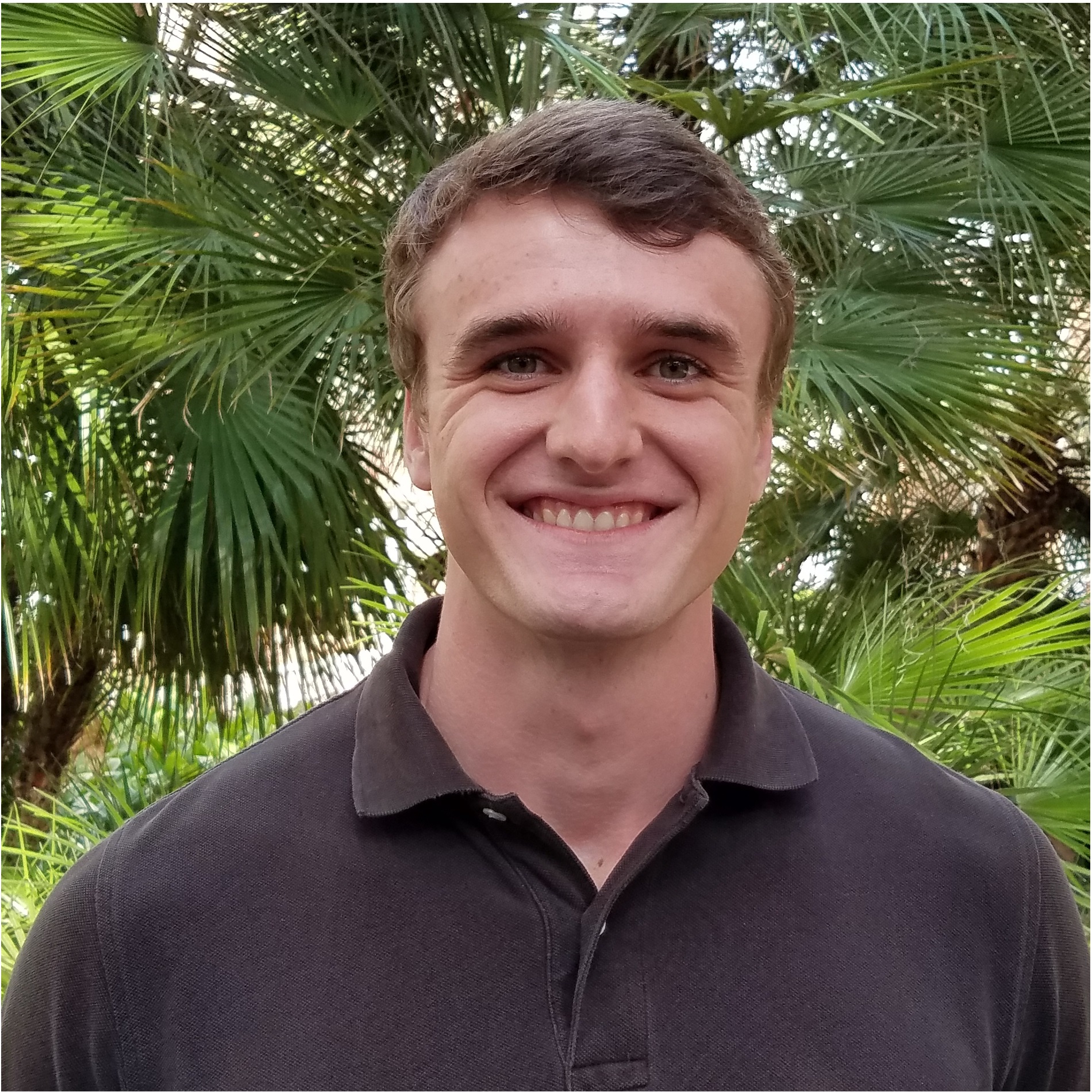 Michael is a third year graduate student working in the research group of Dr. Brent Sumerlin on the synthesis of polymeric nanoparticles with precisely tunable degradation rates. Originally from Hattiesburg, Mississippi, he found a love for the world of macromolecules and the many nanomaterials they can be used to create at an early age after attending a middle school summer camp on polymer science. This eventually led him to pursue a double major in chemistry and polymer science at the University of Southern Mississippi, where his academic and extracurricular efforts earned him a Barry Goldwater Scholarship and induction into the USM Student Hall of Fame. Upon graduation, he carried his love for both polymer science and organic chemistry into graduate school at the University of Florida. A recipient of an NSF Graduate Research Fellowship, his research interests broadly lie in applying organic chemistry to both improve the synthetic accessibility of complex polymeric materials and to improve the stimuli-responsive behavior of smart polymers and nanoparticles. Outside of the lab, he serves as the Graduate Advisor for the UF Alpha Chi Sigma chapter and tries to keep his tennis game sharp with the UF Club tennis team. 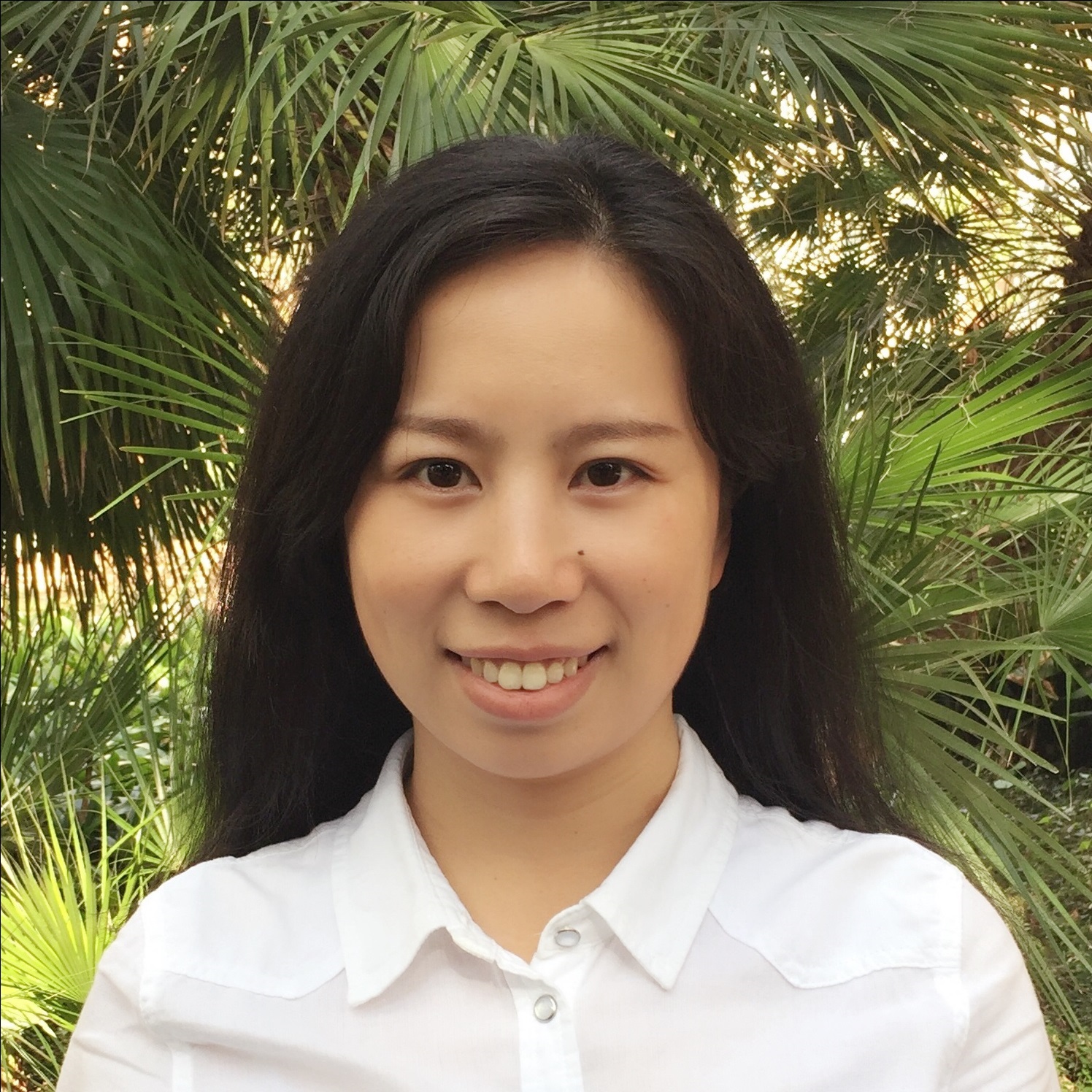 Yunlu Zhang is a Ph.D. candidate in David Wei’s group. Her research is focused on Localized Surface Plasmon Resonance (LSPR), an optical property of noble metal nanoparticles and its application in solar energy harvesting and converting. Before this, she received her master’s degrees in chemistry at Beihang University, Beijing, China, where she accomplished her life goal of being a scientist and studying areas related to clean and sustainable energy, such as solar energy. Yunlu loves doing experiments and enjoys analyzing data. She thinks digging into the science behind each set of data is like solving a fun puzzle. She also loves teaching and communicating with her students. Inspiring the curiosity of science in the kids is one of the major things she has done during her four semesters of teaching physical chemistry. Biking and hiking are some of her favorite outdoor activities. She goes riding on trails in Gainesville on weekends with her friends and enjoys the close contact with nature.